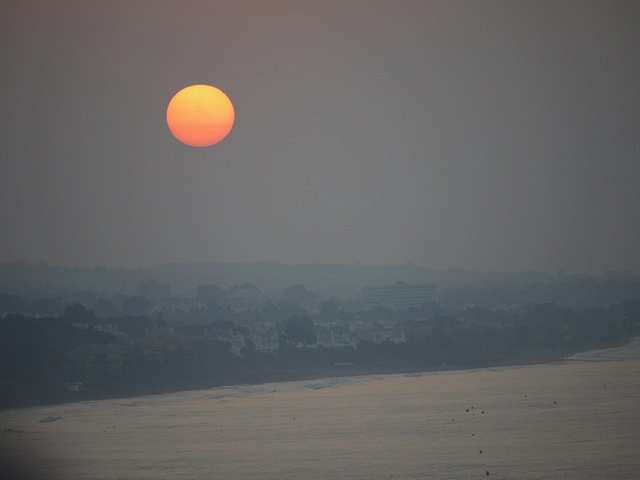 When Cradoc and I arrived back in Marbella, Spain in mid-September the weather was unseasonably hot and humid. Even the locals complained about it. With our apartment reaching 90 degrees and the high sun even hotter outside, there wasn’t much I could do but roll down the metal shutters to block out the sun, lie down on the bed and embrace the afternoon siesta. At night it cooled to 80 degrees, if we were lucky. It reminded me of the hot, sweaty, buggy summer days and nights of my childhood growing up on Long Island, when trying to sleep with even a sheet on my body was too much to bear.

It’s interesting being an early morning person in Spain. When I get up at 6:00 A.M. I see a few people walking along the promenade, but they’re heading home from the discos that are open until 7:00 A.M.. While the world sleeps, I sit on the patio in the pitch dark (even the sun doesn’t rise until later) working on the second draft of my book, so I have the long, quiet mornings to myself.

I don’t think I’ll ever get in sync with the time schedule in southern Spain. The streets are practically empty until 9:30 AM when people fill the sidewalk cafes to have a coffee, cigarette and tostada (a toasted roll with a pureed tomato salsa and olive oil on top) or churros (freshly cooked tubular doughnuts) dipped into hot chocolate as thick as pudding. At 10:00 AM the work day starts just as I’ve finished my writing. By 11:30 A.M. the Spaniards have another long coffee break and eat bocadillos (small sandwiches) just when I’m ready to eat my lunch.

At noon, one of the busiest times of the day, the city vibrates from people on a caffeine high. At 2:00 P.M. stores close for lunch (the biggest meal of the day) followed by a siesta. Around 5:00 P.M. with siesta over it’s time for la merienda, the afternoon snack of a sweet cake and another cup of coffee or an aperitif before heading back to work. It’s the second busiest time of the day, with kids out playing and the streets filled with people chatting excitedly with each other.

Businesses close around 8:00 P.M. and usually a smaller dinner of tapas is eaten after work. Restaurants start to get busy by 9:30 P.M., but I’ve eaten dinner long ago. At 10:00 P.M. people are out walking after their meal, even the children are still up, while I’m curled up in bed with a good book, already nodding off to sleep. At midnight young people head out to the bars. 2:00 A.M. bands start to play at the clubs. 6:00 A.M, I watch the staggering young people make their way home as I start to write again.

As the days of the week progress the intensity of the city increases. By Friday everyone is bursting into the weekend. Sundays are quiet with most stores closed and families spend the day together. Then the week starts all over again late Monday morning.

One balmy night, as we walked past the Avenida Del Mar, a wide pedestrian walkway lined with Salvador Dali statues, fountains and benches, we heard a large group of people clapping. We turned up the walkway in time to see a guitar player step onto a temporary stage. I climbed up onto the base of one of Salvador Dali’s bronze statues, the “Elefante Cosmico,” to see above the crowd and leaned into the cool metal head of the deformed elephant. A man and a woman joined the guitarist on stage. While the guitarist played, they clapped along, but then the stocky, middle aged woman, dressed in baggy beige pants and a white shirt, took center stage. With one strong stomp on the wooden platform with her black flamenco dance shoes the world became hers.

No one talked. She demanded our attention. When she flared her arms and stomped even harder the audience yelled “Ole!” This happened three times and as I watched the almost totally Spanish crowd embrace their national dance, as I leaned on part of their culture, as the warm wind blew through my hair, I thought, this is what I want. I want to be someplace that isn’t mine, I want to watch from the outside and embrace it with my eyes, my heart, my soul. I want this life of learning and growing and challenging myself. Then the dance ended with one final stomp and one last boisterous “Ole!” from the crowd.

The experience reminded me of a night in Santa Fe twenty-two years ago. Cradoc and I used to love to go to a bookstore on a back street in town with a small outdoor cafe that served great black bean burritos. One summer night, after dark, as we sat on the patio under a cottonwood tree, surrounded by adobe walls with white Christmas lights strung over them, two men dressed all in black and a woman in a red flamenco dress walked onto the patio.

The owners of the cafe were as surprised as we were by the impromptu performance. This was flamenco in its purest form, done spontaneously for the joy of it. After a half hour the performers packed up their things, picked up the plywood and left without saying a word. It’s one of the most magical memories of our time in Santa Fe.

Cradoc and I often find ourselves in key places at times of historical change or importance. In 1990 we were in Europe when East Germany and West Germany were officially reunited (the Berlin Wall had fallen in November, 1989). In 1991 we were in Eastern Europe during the fall of communism (in Hungary and Czechoslovakia the Russians were still there, but on their way out). We were in Sarasota, Florida in 2000 when the rules were bent by Sarasota resident Secretary of State Katherine Harris, to get George Bush elected into office by the Supreme Court, not the people. We were driving into New York City on the morning of September 11, 2001 when the World Trade Center was bombed.

We’re currently in Brighton, England watching the drama of the Eurozone debt crisis unfold on the BBC news, in what might prove to be the end of the European Union as we currently know it.

Today as we left the Apple store in the Churchill Square Shopping Center an announcement came over the loudspeaker, “Dear shoppers. It was at this time on the eleventh hour, of the eleventh day, of the eleventh month of 1918 when WWI ended. And in remembrance of those who have sacrificed their lives in all the wars we ask you to take two minutes of silence.”

Every person in the mall froze. In those long, silent minutes the energy in the mall changed from frantic to peaceful. Even the babies in the strollers near us didn’t make a sound or move an inch.

I thought of the documentary we had watched the night before about the Blitz that started September 7, 1940 and ended the following May. For seventy-six consecutive nights the Lufwaffe bombed London destroying or damaging over one million houses, followed by bombings in other towns and cities across the U.K. that killed 60,000 civilians. Both American and British military suffered and sacrificed during the war, but it was the suffering of England’s civilians, and their remembrance of that suffering that touched me today. The moment was tender, heart breaking and uplifting all at the same time and brought me to tears.

I’ll explain why we’ve left our place in the sun in Spain for the gray days of England in my next report.

News From the English newspapers

The Guardia Civil were called in last week to referee a dispute between Mayor Aurelia Palomares and, she claimed, a majority of townspeople, who wanted the Virgin of Tejeda to wear a wig for her annual procession through Cuenca, and the opposing party led by the local priest. The Virgin had always worn a wig in the past and the mayor said, “a priest can’t change that because it suits him.” The Guardia backed the mayor and the Virgin duly went out bewigged.

Brussels Belgium – Alfred David 78, has an obsession with penguins. So much so for the last 43 years since a car accident he has walked with a waddle and been given the nickname, “Mr. Penguin.” Dressed as a penguin he walks the streets of Brussels collecting memorabilia from people who pass him and greet him with cuddly toys. When he decided to change his name to Alfred Penguin his wife left him.

Demanding son won’t fly the nest – A Venetian couple hired a lawyer after several failed attempts to convince their 41 year old son to fly the nest. The son has a good job, but refuses to leave home and demands meals and ironing from his mother. 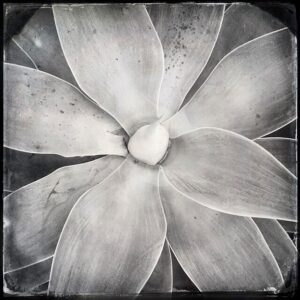 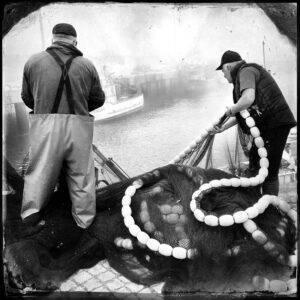