“How can you govern a country which has 246 varieties of cheese?”
– Charles de Gaulle

I spent last week in Paris. Here’s an excerpt from my memoir about my first time in Paris in 1986:

I went right from the train onto the metro to get to the Servas host I’d arranged to stay with. Far out in the suburbs, I stepped out of the station into a seedy, dangerous looking neighborhood. It was almost dark and I was close to breaking my rule to never wander around city streets after dark with my backpack on.

Tough looking young men leaning against ugly cement buildings eyed me suspiciously. The street smelled of urine and the sidewalk was covered in piles of dog shit.

I was grateful I was from New York where I learned to be street savvy. I put away the paper with Henri’s address on it, puffed myself up to look confident and walked like I knew exactly where I was going. There was only one problem. I didn’t have a clue where I was going.

As it grew darker I became frightened. There were no shops to go into to ask directions, I didn’t pass any pay phone, and there were no policemen to help me. By pure luck I found the street I was looking for. But the buildings didn’t have numbers on them. I walked up and down the same street three times until a door opened a crack and an old woman asked if I was lost. I slipped the paper with address inside the crack. She pointed to a building a few doors down from hers. Before the lock bolted in place she said, “Faire attention!” Take care.

A wave of relief flooded over me when Henri buzzed me in. “You’re late,” he said. “I must go.”

“Ok. I’ll just put my backpack down and go out for dinner.”

“You must not go out in this neighborhood alone. It’s too dangerous. Help yourself to anything in the kitchen.” He walked out the door.

In the refrigerator I found a bottle of ketchup, an expired yogurt, and a withered lemon. I looked in every cabinet and found a package of stale crackers, a can of anchovies and a package of pasta.

My dream of splurging on a special dinner in Paris gone, I cooked the pasta and sprinkled it with ketchup. Instead of anchovies, my tears salted the pasta perfectly. 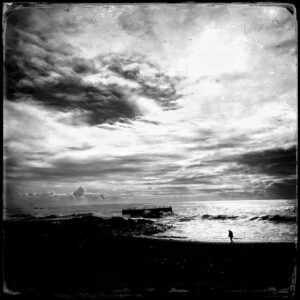 A Frog In Water… 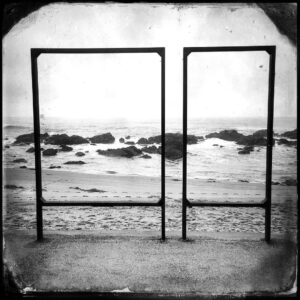 Have You Ever Noticed…

Nothing Was Simple There…