“Whoever you are, no matter how lonely,
the world offers itself to your imagination,
calls to you like the wild geese, harsh and exciting
over and over announcing your place
in the family of things.”
– Mary Oliver, Wild Geese

In the summer I live in a tiny town along the Canadian border that time forgot. Usually it’s full of Canadians enjoying their summer cottages. But because the border is closed the town is quieter than normal – and that’s saying something. Deer meander down the streets because of the lack of cars, reclaiming what was once theirs. With no one to control them the flowers have grown wild and free. No anchored boats off the shore block the view.

At this time of year the tide goes so far out it’s possible to walk for miles on hard packed sand. On my beach walk yesterday I came to the cliffs where the eagles nest. I watched them fish along the shore, sun themselves on the rocks, hang out in large groups in the trees, play in the air currents, and call to each other in the gentle breeze.

Just me and over one hundred eagles. After trying to capture the moment I put away my phone and became fully present, open to receive this gift mother nature was blessing me with. I walked slowly. I breathed in the salt air. I spun in joy. I said thank you thank you thank you over and over again.

Heading back to where I parked my car a group of children around ten-years-old biked on the street towards me. Led by a girl who reminded me of me at that age, her friends couldn’t catch her as her long skinny legs pumped hard. The boys yelled for her to slow down. But she didn’t.

A bit later I saw them again. The girl told her friends she was leaving. “Where to?” a boy asked. “Somewhere over the rainbow,” she said as she sped off again. When she passed I asked where this rainbow was. She giggled loudly, the best giggle ever, and raced by. I yelled after her, “Is it in your head?” She looked back and said, “YES! It’s always in my head.”

Here’s to gratitude, to spinning in joy, to not slowing down for anyone, to giggles, and to keeping rainbows in our heads at all times. 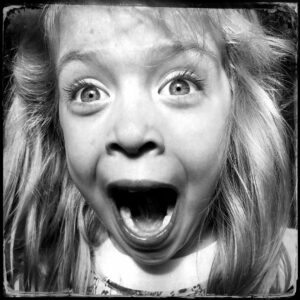 So This Is Joy… 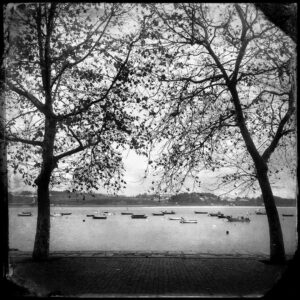