One Of Those Angels… 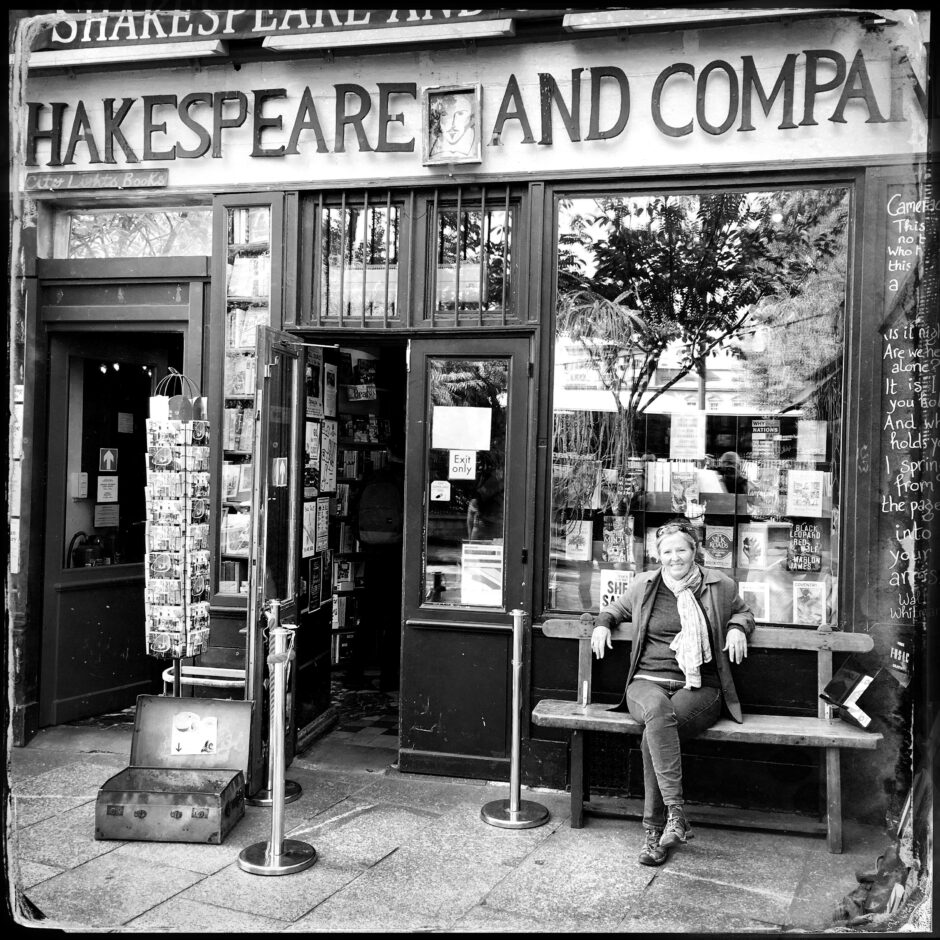 “I may disappear leaving behind me no worldly possessions – just a few old socks and love letters, and my windows overlooking Notre-Dame for all of you to enjoy, and my little rag and bone shop of the heart whose motto is ‘Be not inhospitable to strangers lest they be angels in disguise.'”
― George Whitman

One of my favorite places in Paris is Shakespeare & Company, an English language bookstore overlooking Notre-Dame. Opened in 1951 by American expat George Whitman, visitors cram into the warren of rooms filled floor to ceiling with bookshelves.

In 2001 Cradoc and I showed up at the bookstore for one of its free weekly events – a reading by Lawrence Ferlinghetti, a poet and co-owner of City Lights Bookstore in San Fransisco. But he mixed up dates and had showed up a month earlier. Instead, a young couple did a dance performance outside that involved stilts and hanging upside down in a tree.

After the performance we were invited upstairs to George’s private quarters to share a meal with the current Tumbleweeds, George’s name for an ever changing caste of young people who slept next to the piles of books in exchange for a few hours of work – sometimes for a night, sometimes for years. Community was important to George – he referred to his shop as a “socialist utopia masquerading as a bookstore.”

George’s daughter, Sylvia Whitman, has run the bookstore since 2002. Last week Cradoc showed Sylvia the photos he took of George and the dance performance from 2001. “The shop looks cleaned up since you took over,” Cradoc said.
“Yes, my father used to put pancake mix under the rugs to keep them from slipping. We don’t do that anymore.”
I mentioned how I love to watch the Youtube video of George’s method of cutting his hair (it involves a candle and flame). “I showed that video to my five year old son,” Sylvia said. “I thought he’d laugh. But he was mortified.”

George passed away in 2011 at 98. The poet W.B. Yeats words, Be not inhospitable to strangers lest they be angels in disguise,’ are written over one of the doorways in the bookstore. A reminder to all that George Whitman was one of those angels. 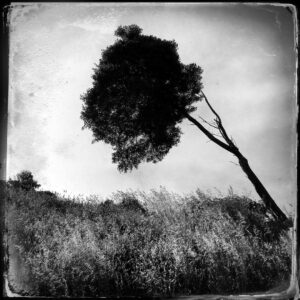 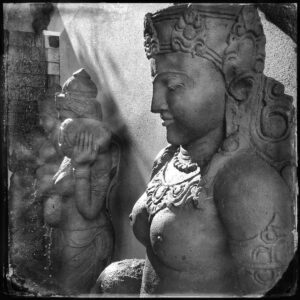 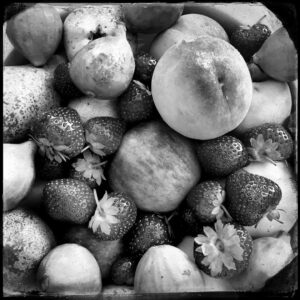