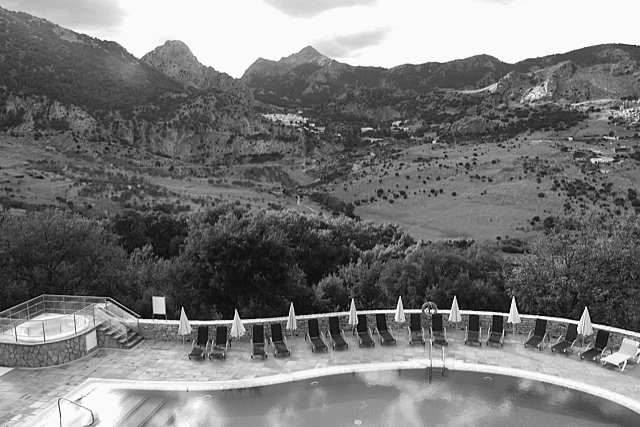 Cradoc and I arrived back in Marbella in early September. Since we left at the end of May, Spain was left hot and dry by a prolonged heat wave, and the worst drought in over one hundred years. The week before we arrived there was a huge forest fire in the mountains outside of Marbella. A month later three days of heavy rain helped the drought conditions but it came too hard and fast for some towns and brought severe flooding. Both disasters caused extensive property damage and death.

Spain’s economic woes have been making the headlines lately. Central Marbella, where we live, seems to be more isolated from many of the problems because a third of the population in the town are foreigners. The expats and tourists continue to bring money in from other countries. Things are busy here but it takes a little longer for people to break into a smile, but smile they do.

We took a short trip to southern France, to the town of Aix-en-Provence, a town filled with fountains, thousands of international students (one fifth of the 150k residents are students), plane trees, high end stores, cafes, restaurants and markets. Even off season there were so many students lingering and hordes of tourists shopping it made it hard to appreciate the limited space in the town’s tightly woven network of streets. I can’t imagine the crowds in summer.

The artist Paul Cezanne grew up in Aix-en-Provence and the bluish limestone Montagne Ste-Victoire, a mountain he included in at least sixty of his paintings, lies beyond the city. Originally the people of Aix-en-Provence, and other critics, mocked and laughed at Paul Cezanne’s early style, calling him a second-rate Impressionist. Now the town embraces his genius and so do the tourists who flock to his studio and other Cezanne destinations.

The hotel we stayed at in Aix was five minutes outside the center of town, which gave us a respite from the busyness. One morning I sat on the front porch and watched what I thought was a large bee investigating the still blooming flowers. It buzzed from flower to flower, then it held still in mid-flight and I saw a slender bill dip into a flower head. It wasn’t a bee but a tiny bird; a Bee Hummingbird.

Perfectly formed with a rounded body it looked like a larger hummingbird shrunk down to one inch. It was about the size of the top joint of my thumb. Bee Hummingbird’s nests are about one inch wide (2.5 cm) and the eggs are no bigger than peas.

As I watched the bird it suddenly darted out of the flower and hovered a few inches in front of my face, looked me in the eye and flitted off again. Now I get to mark off the smallest bird in the world from my bird watching list.

In Spain Cradoc and I have a habit of hanging out around churches. The church service is relaxed. People are respectful but there’s a freedom to quietly do your own thing while a service is on. Tourists wander in and out. We often take photos in the church and not one person has ever said anything to us.

When the service lets out in Marbella a few hundred people mill around in the plaza outside the church.  Children run free and chase each other, parents light up cigarettes, groups of people coo at babies in carriages, men stand together in animated conversations, people dressed in their Sunday best (anything from stiletto high heels and slinky, mini skirts to proper refined suits) make their way around the swarm kissing each other on the cheeks, young people chat each other up, the beggar stands with his hand held out at the church door (the same beggar who stands there every day of the week and furiously chases off any begging competition from his church door).

We always feel welcome in the swarm and this makes for great photos and people watching.

The churches in Aix-en-Provence weren’t so welcoming. On a Saturday afternoon Cradoc made his way up a narrow stone staircase at the back of the church to a loft where an organist was practicing on an huge pipe organ. An old woman sat by the side of the organist. When she turned and saw Cradoc she stood up and yelled at him for taking photos. The organist looked at Cradoc apologetically and rolled his eyes so Cradoc kept shooting. The woman stomped off only to catch me coming up the stairs with my camera out. She yelled at me in a frenzy of French saying I shouldn’t take photos in a church. I said I was sorry to her in Spanish, put my camera behind my back and kept going up the stairs.

On Sunday morning we went to a different church, the Cathedrale Saint-Sauveur where a service was going on. We stayed out of sight, in an empty second nave, separated from the main service by a thick stone wall. Sun streamed in from a high window and the light was magical. Cradoc and I quietly took a few portraits of each other sitting in the stream of light. An American couple walked by and asked if we wanted a photo of us together. Then we traded places and took some of them…until a priest stormed down on us and told us to leave the church immediately.

We returned to Spain, rented a car and have decided to stay closer to home and explore Andalusia and all it has to offer.

We drove an hour and a half inland, past the famous bull fighting town of Rhonda, past acres of cork oak trees, up windy mountain roads, to the small white village of Grazalema, set on a rocky ledge of a limestone mountain. Located in the Parque Natural Sierra de Grazalema, it’s the rainiest place in Spain (average of 2153 mm a year, nearly 85 inches).

The ancient town had old white buildings with red tile roofs that lined narrow streets. The occasional spire or church tower broke the horizon. There was a main square filled with restaurant tables and old men sitting on benches leaning on their canes and watching the world go by. Women stood in groups on street corners talking while holding their bags of daily shopping. In the entrance of one church stood a vending machine that sold twenty types of saint’s medals, priced from two to twelve euros. Drop in your money, push the button and the machine spits out your saint of choice.

Our hotel was on the far side of the valley and looked across to the village. The weather was sunny and still warm. Old weather-beaten shepherds herded flocks of goats and sheep across the narrow roads, unconcerned about the waiting cars. Grazalema is known for it’s sheep and goats cheese, both of which were delicious.

One afternoon I asked the hotel desk clerk where she was from because her accent was unusual.

“I was born in this village, but was raised in Germany,” she said. “I came back here on vacation and met a man and we had a baby. But I want to go back to Germany.”

“Because the government here has put all the weight of the recovery onto the shoulders of the small people.” She slammed her fist on the desk and I could see she had to try and control her temper. “The new Spanish law permits businesses to reduce the workers salary if the business didn’t make enough profit. My salary was recently reduced by 500 euros a month. I can’t afford to live on what I make now.”

“Can you go back to Germany?”

“No, not yet. My son’s father is a lawyer and he’s stopping me from leaving. He’s machismo. He doesn’t care about seeing his son, he’s only doing it to hurt me because i had the nerve to leave him. I’ve hired a lawyer to help me. I need to go back. In Germany I would be paid well because I speak five languages. Here it doesn’t matter at all. It’s very hard.”

News of the world:

Excerpt from the Euro Weekly News by Nora Johnson

With the holiday season almost over, the Association of British Travel Agents (ABTA) is bracing itself for the inevitable post-holiday complaints.

Like the one sent in by a woman who returned to Britain with an unusual holiday souvenir: “My fiance´and I booked a twin-bedded room, but we were placed in a double-bedded room. We now hold you responsible for the fact that I find myself pregnant.”

Some British tourists complained the holidays were spoiled because “the beach was too sandy” and “no one told us there would be fish in the sea; the children were startled.” One angry wife declared that “topless sunbathing should be banned. My holiday was ruined as my husband spent all day looking at other women.”

Complaints from British tourists about Spain are particularly telling. For some, there are “too many Spanish people.” “The receptionist speaks Spanish.” “The food is Spanish.” “There are too many foreigners.”

Others think it should be explained in brochures that “the local store doesn’t sell proper biscuits like custard creams or ginger nuts and local shopkeepers shouldn’t be lazy and close in the afternoons because I often needed to buy things during siesta time.”

Maybe those who whined they’d been bitten by mosquitoes – “no one said they could bite” – were the same ones who sought compensation for a spoiled excursion they’d booked to a water park: “No one told us we had to bring our swimming costumes and towels.” 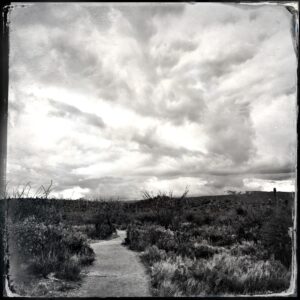 On The Way To Everywhere…

A Ship In Harbor Is Safe…